There we were. It was one day before the opening of “The Little Mermaid Junior” at P.S. 161 and things were looking grim. Lines were being flubbed, entrances were being missed, and costumes were being tossed haphazardly around backstage. This was the first year that the Fundamentals of Teaching Theatre class had attempted anything of this breadth…and it was starting to look like it was going to be the last. 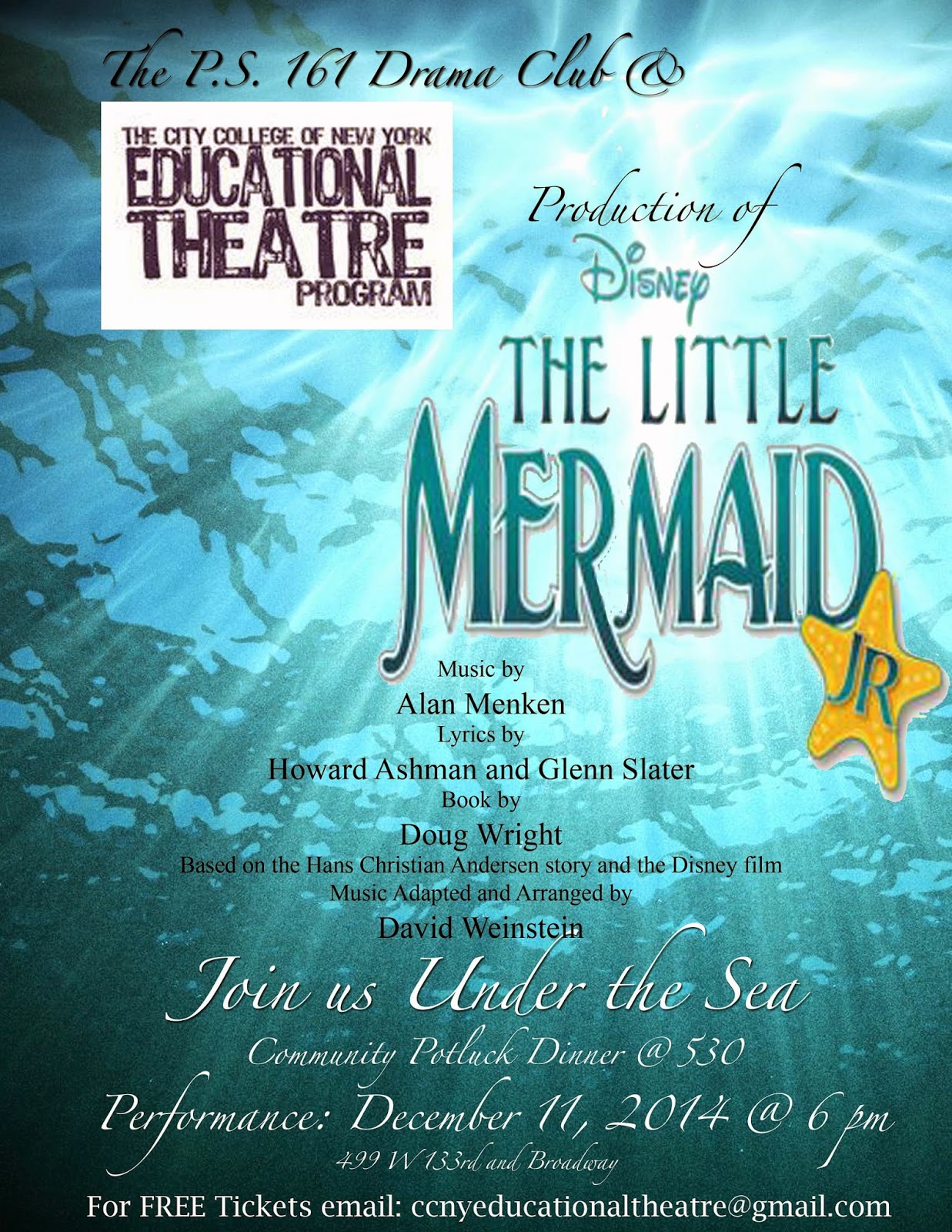 And then it happened. The magic happened. That indescribable magic, the kind of magic that only someone who has done theatre with young actors knows about happened. We came back the next day and a show appeared as if from nowhere. However, those of us working with the students of P.S. 161 know that it wasn’t from nowhere. The passion was there the whole time. This group, some of whom had never acted before, became an ensemble in front of our very eyes and brought the classic Disney musical to life.
And the magic didn’t end with the students onstage. Last year the cast of less than twenty performed to an audience of less than forty. This year, a cast of over thirty-five performed to a sold out house of over four hundred people. Four hundred!! A community potluck dinner that was scheduled before the show transformed from a first time question mark where raisins were the only item on the menu to an honest to goodness community event. The food and drink flowed. Families from every corner of Harlem came together over good-natured discussions of whose flan was better. The energy was infectious and carried through to the final performance. 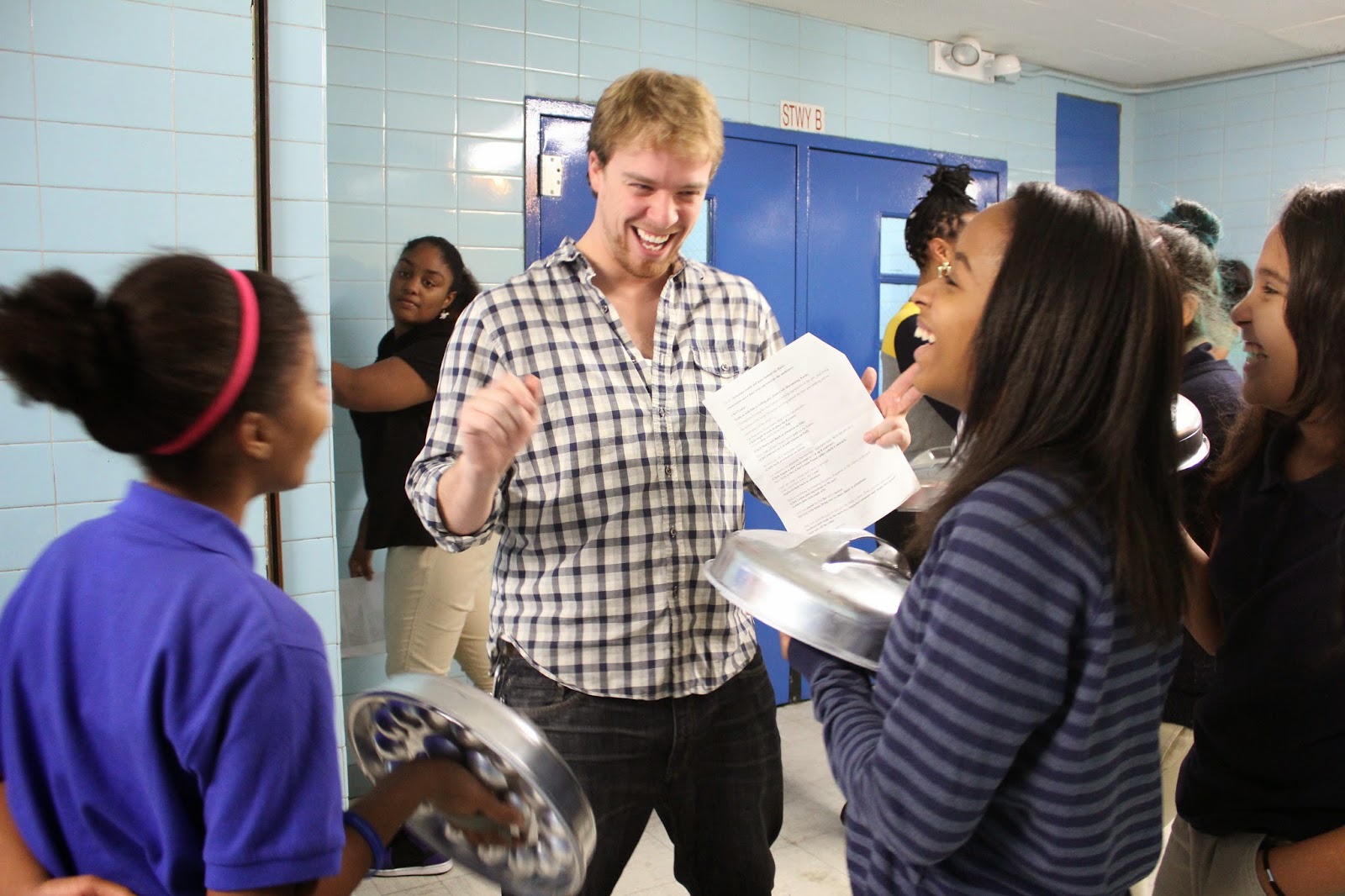 At the end of the night, as this ensemble came together for the last time, it was the profound reflections of the students that showed just how magical the experience had been. I’ve always believed that to witness theatre through the eyes of student actors is to witness it at it’s most pure. These few, these happy few, who had braved long rehearsals, brand-new directors, changed (and re-changed) choreography, and the cheers (and jeers) of their peers, came together and spoke with such maturity of their experience that it floored us graduate students. 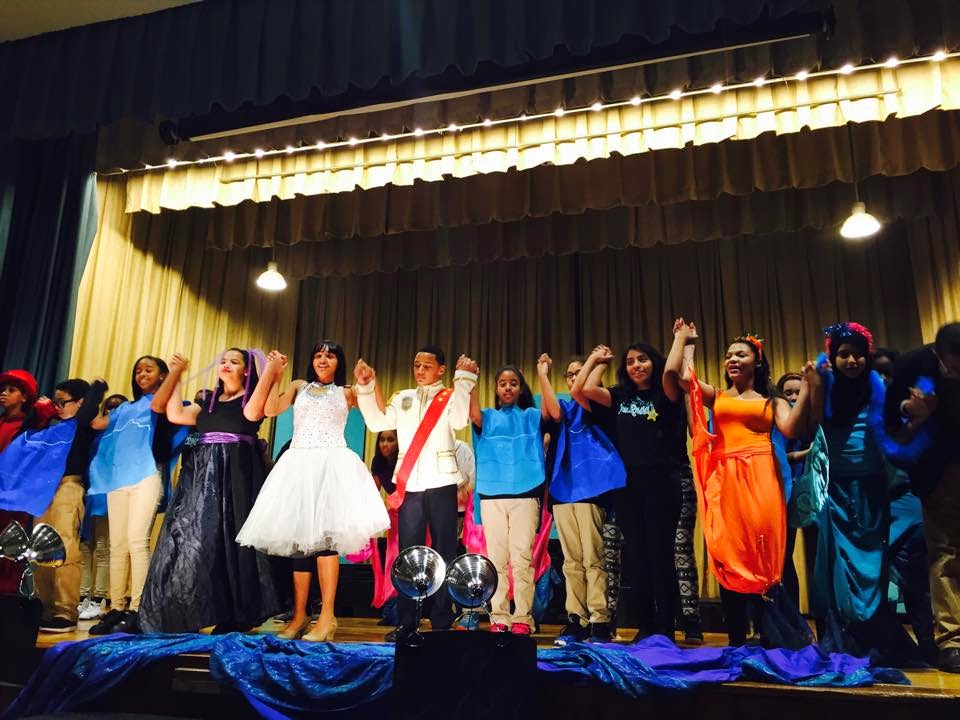 I can say for myself that the time I spent as a mentor, (or buddy, or grad, or “tall guy”) will remain on of the best experiences I have ever had. Looking around the circle yesterday, as we grads came together one final time to wrap the class, I knew that it was a near universal truth that these students had effected us as much as we hopefully effected them. Now I have to wait 365 days to go back and watch how they top themselves next year.
Posted by The Graduate Program in Educational Theatre at The City College of New York at 7:31 PM