End of the Semester Cabaret

In Artistic Lab, Drama in Education students tackle the same conundrum teaching artists and theatre teachers constantly struggle with throughout their careers: process versus product.  We came into class expecting to practice our artistry, have fun, breathe and oh yeah, there’s also a show.  And so, we embarked on the process that got us to Thursday night. 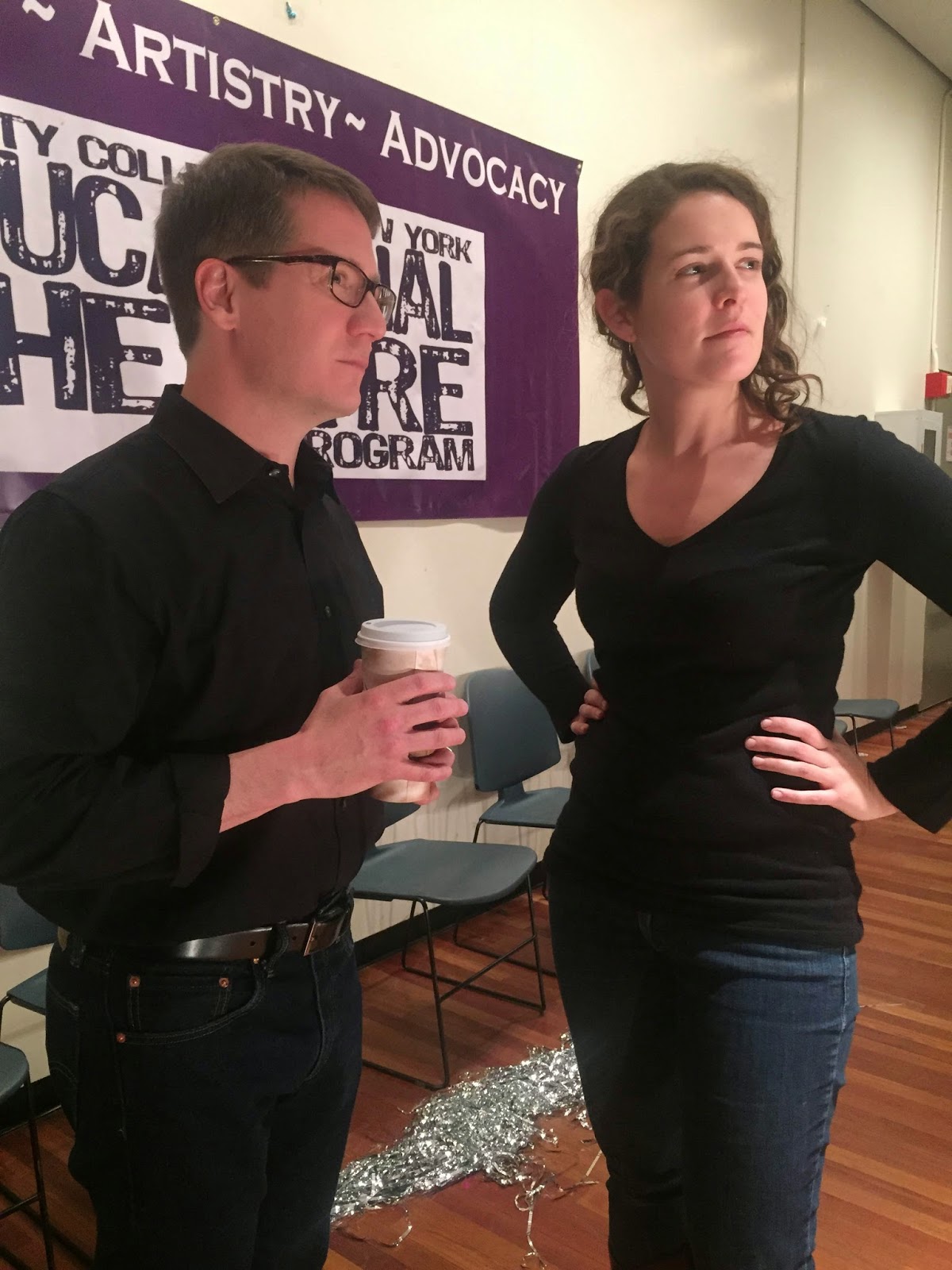 This fall, we were the highlight, mostly first year graduate students just getting our feet wet in this new and exciting environment.  We broke into artistry groups and I gravitated towards the directing group with Jeff Seabaugh and Lisanne Shaffer.  I have done it all over the years in one form or another, but these days I’m really seeing directing as my artistry.  At some point in the creation of the framework for the semester, it was decided that the directing group would go last, and actually have a hand at directing the show with our fearless leader Sobha Kavanakudiyil. 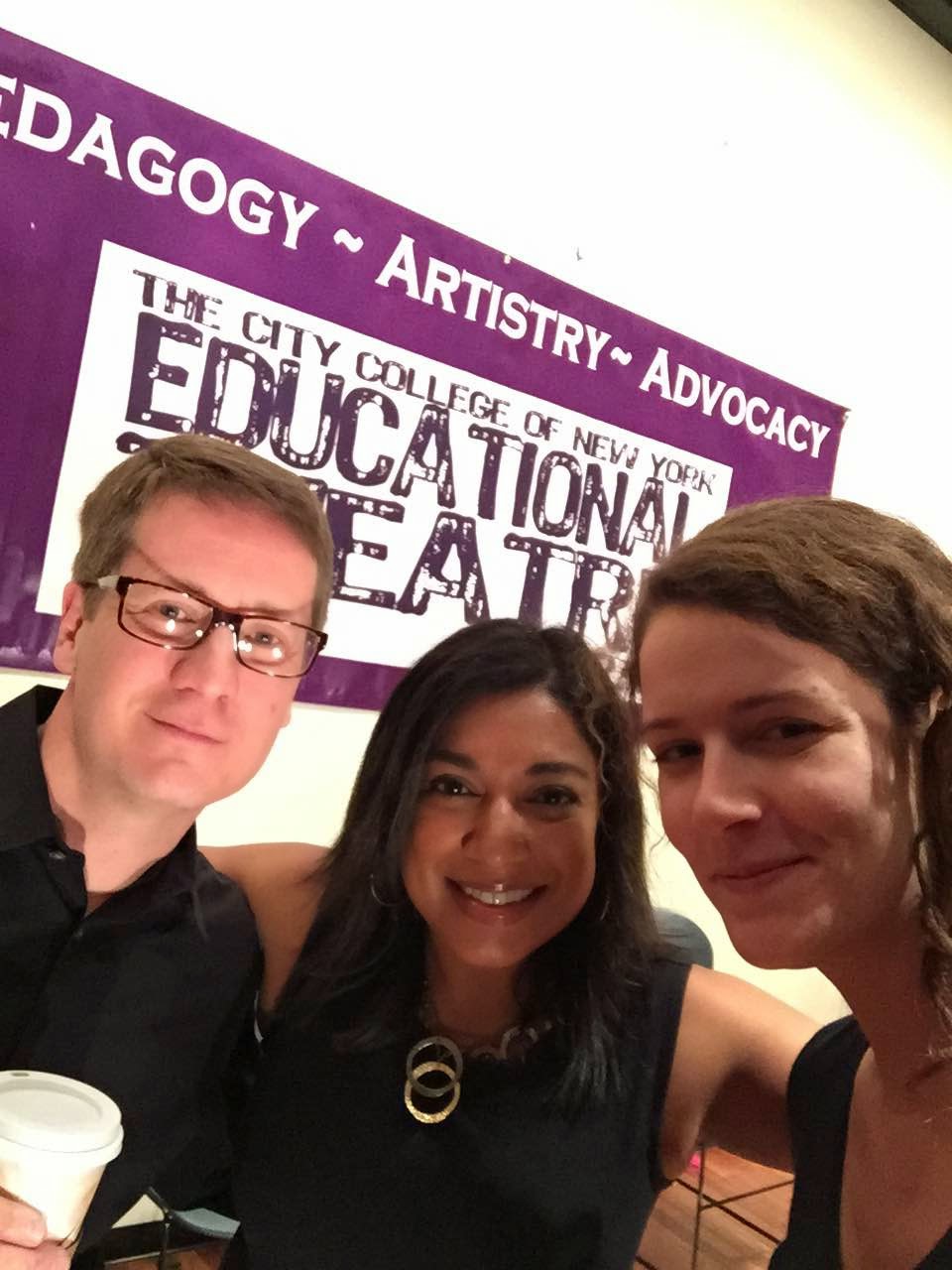 And so I participated in the beautiful and joyful process of a handful of weeks where my cohorts took turns leading workshops, purely for the experience of it, but always at the back of my mind I was thinking, “how is this going to translate to the Cabaret?”  After the workshops, we would discuss what had inspired us and how we thought we could use the material in the show, and there was always something, many things actually, that had those possibilities.  And then the following week the next group would go and a whole new world of possibilities would open up, and I’d wonder how we could reconcile clowning with musical theatre and fight choreography skits featuring Drama in Ed concepts like process drama and arts standards.

As we approached “Directing Week” how this amazing process was going to become a product was still a mystery to me.  And yet, something started to take shape.  The first step in sparking the theme of our cabaret was the decision to begin with a bazaar of clowning with a Pippin-esque vibe.  The first huge step in the creating a cohesive and engaging show was asking Jim Kroener and Lauren Adler to be our ring leaders.  After that, everything fell into place.

Of course, there were struggles.  Only having one hour a week dedicated to this project put some serious constraints on what we could accomplish.  But we grad students fought back against those constraints, making outside rehearsals happen, writing and directing scenes on the side, and sometimes on the fly, and with our sheer will, with Sobha at the helm, we made something lovely.  It was entertaining, it was fun, and I think it highlighted the creativity we cultivated throughout the process. 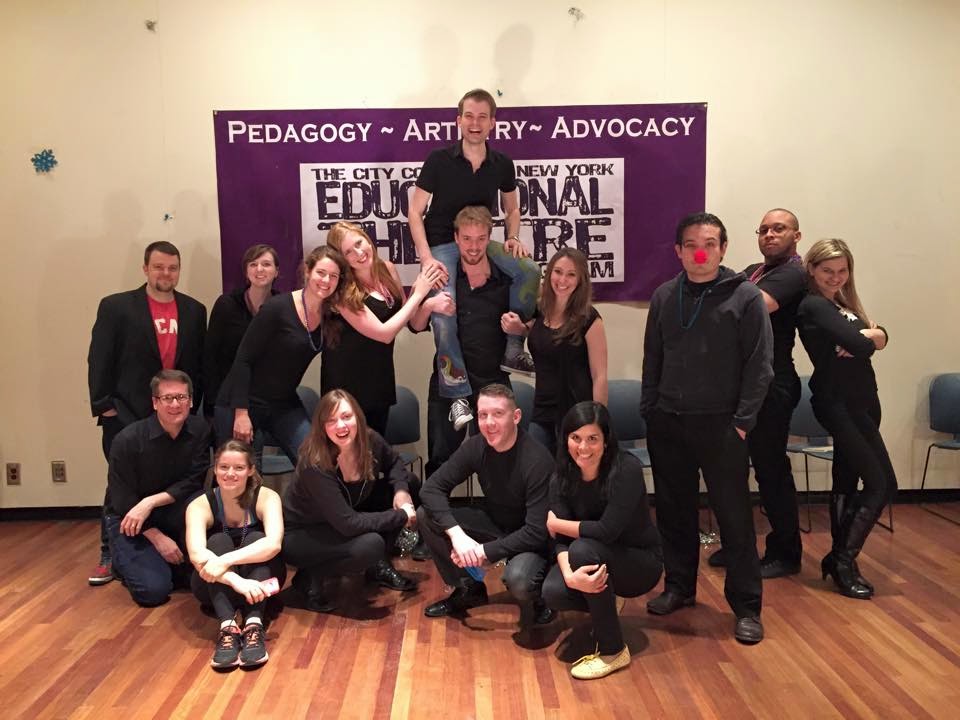 Posted by The Graduate Program in Educational Theatre at The City College of New York at 7:58 AM