Everything we’ve ever done has lead us to this moment. Although it hasn’t always felt this way, I believe this statement to be true, because that is exactly what has happened to me.

In my youth I was exposed to acting and the theatre, I had other talents and interests, but the theatre quickly took first place for me. I attended a public junior high school in NYC with an amazing drama teacher who seasoned me well enough that I was accepted to Fiorello H. LaGuardia High School’s Theatre Conservatory. The school also had a great gymnastics team, which was the sport of my younger years, and the team at LaGuardia took 1st place in the city the two years I competed.

In college, I was a part of theatre productions and never strayed too far from the art form, but after graduation I became a kids gymnastics coach for 10 years and didn’t see a stage for a long time. In my late 20’s I did a good amount of film work in short pieces with a few young directors, and worked on some self produced short films, but something wasn’t right. Theatre had been my life and I had been the happiest when I had been a part of it. I enjoyed coaching kids gymnastics very much, but didn’t consider it for my career.

Music had become another artistic expression for me in my time away from the stage, and my song writing partner, a fellow LaGuardia drama major graduate and gymnastics teammate began a Masters Program in Educational Theatre.

It didn’t click for me right away, but when I reached the point in my life when it was time to decide on a career I found myself looking up the Educational Theatre Program at City College. My timing was just right, a few weeks later there was an open house for the program. I put on some slacks and a blazer and went.

I was astounded by what I heard there, and made it my sole mission to be accepted into the program. I was so excited and determined to be accepted that I signed right up to take the maximum number of courses offered to prospective students. I hadn’t been a student for many years and I had never attempted graduate level classes, but I busted my butt in all three of my courses and received straight A’s. I was accepted into the program and have been overjoyed with my experience here. The education I have received here at CCNY is phenomenal, rooted by incredible professors and classes that are preparing me for the road ahead.

Two weeks ago I landed my first gig as a Teaching Artist at a day camp in Long Island for this summer. The title of the position is Drama Specialist, and I am so excited. This is the beginning and I have much to learn, we never stop that, hopefully.

And when I think of how I got here I realize that I have been heading here all along. The years in the theatre, the decade or more of working with kids, and loving both. I consider my acceptance to the program at CCNY and this first position, both, as the culmination of all of my past experiences preparing me to meet these challenges with honesty, integrity, and joy. I don’t know exactly where I’ll end up ten years from now, but I know I’m going in the right direction. This will be my life’s work, passing on a passion for theatre and life. I am so very grateful, I couldn’t have dreamed this up, but it is truly a dream come true. 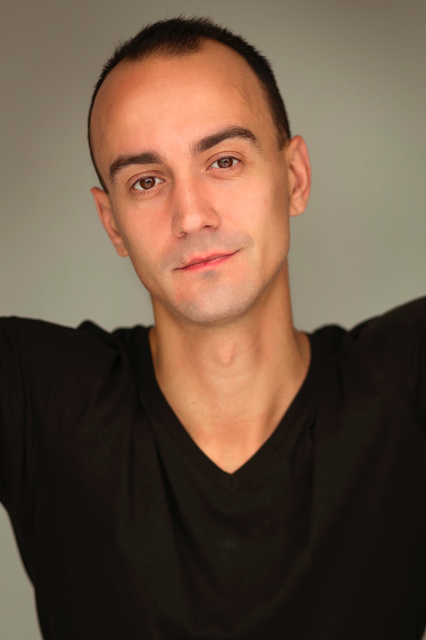 Posted by The Graduate Program in Educational Theatre at The City College of New York at 12:59 PM