From the Law to Theatre Education

From the Law to Theatre Education

From the time I was a little girl, I have been drawn to theatre.  I’ve always been shy so performing gave me the chance to step outside of myself and get out of my own head.  The arts were a constant part of my life.  I signed up for every class I could, spending hours after school rehearsing for the next show.  My childhood bedroom walls were adorned with Broadway posters and bookshelves quickly became filled with playbill binders.  My mom was recently going through old boxes of school work and she happened upon a poster I had put together in the fourth grade. Under the prompt “In the future, I see…”, I had unsurprisingly written in messy scrawl “myself acting”.  In short, I was the ultimate theatre kid. 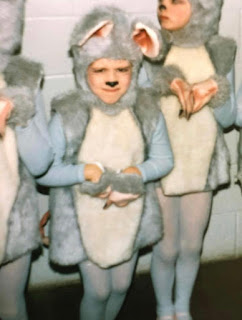 As I got older and headed off to college I began to feel the pressure of picking a “real” career.  As the grandchild of traditional South Asian grandparents, and being extremely over eager to please and impress everyone in my life, I fairly quickly settled on the very practical notion that I would become a lawyer.  I dutifully took the LSAT and eventually enrolled in law school at the University of Pennsylvania.  I worked hard and checked off all the expected boxes – securing a spot on the Law Review, graduating in the top 10% of my class and landing a job at a large law firm in NYC.  I spent five years as a corporate lawyer with a focus on executive compensation and employee benefits.  My days were spent working on billion-dollar transactions and negotiating employment agreements and compensation packages for C-suite executives.  On paper, I had accomplished everything that I had set out to achieve. 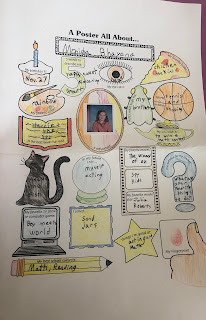 Yet, I was unfulfilled.  Work was very much just that – work.  When the Covid-19 pandemic struck, I left my Manhattan apartment and shuffled off to my parents’ house in Buffalo.  For the first time in a while I was given the space to reflect on where I was in life and the path that still stretched out ahead.  Life was too short to keep grinding away at a job that I wasn’t passionate about.  I began to think about that little girl I once was and the joy she felt in the theatre.

Once I took that step back, I began to realize that the signs had been pointing to a career in theatre education all along.  I just hadn’t been ready to connect those dots yet.  I had spent every summer growing up writing original plays with my sister that we would perform for charity – teaching neighborhood kids younger than us the theatre skills that I had picked up in my classes.  In college I volunteered with Jumpstart, working at a preschool in Harlem to help kids gain literary and language skills.  The highlight of my law school experience was producing and acting in a production of Urinetown.  In 2019, I sought out and joined the board of directors of a youth theatre company.  The answer had been right in front of me.  I just needed to take the leap. 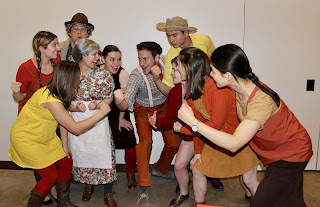 When I built up the courage to sign up for Drama in Education at City College of New York as a non-matriculating student last semester, I did so cautiously.  I was worried my non-traditional background would make it hard for me to fit in with others in the program who had lived and breathed theatre all their lives.  I was thrilled to discover those fears were entirely unfounded.  Both the professors and students at CCNY welcomed me with open minds and attitudes.  The ensemble we managed to form (even over Zoom!) is one I am immensely grateful for.  When it came time to apply to the educational theatre graduate school program at CCNY I knew without a shadow of a doubt that it was the right decision for me.  I was surrounded by people who held the same belief that theatre in education is profoundly important.  I found my tribe. 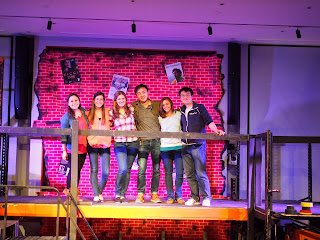 I don’t regret the time that I spent in the law.  I made incredible friends that I wouldn’t trade for the world.  I learned that I am capable, resilient, and able to work harder than I had thought possible.  That foundation will serve me well as I transition to the world of educational theatre.  I attribute a lot of my success in the legal field to my theatre training growing up.  It was there that I became comfortable with public speaking and how to think both critically and creatively.  Perhaps the two spheres aren’t so different after all.  I’m so excited to rediscover my artistry and forge a new career.  Let the journey begin!

Posted by The Graduate Program in Educational Theatre at The City College of New York at 12:39 PM