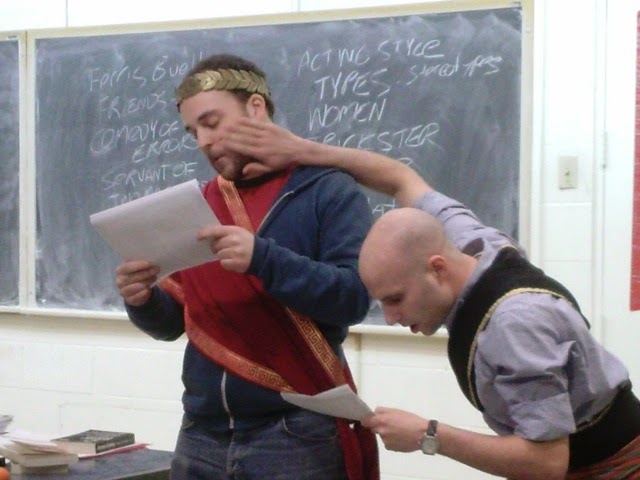 After my first  incredibly insightful and inspiring first semester in the Educational Theatre program at City College, I felt as though I was obtaining a solid idea of what to expect from my next set of classes. Though I knew every class had different knowledge to offer, I was pensive about what to expect from a  History of Theatre class. As a theatre performer from the age of five with a Bachelors of Fine Arts in Theatre, I thought it might resemble the types of classes that I wasalready familiar with from the past. 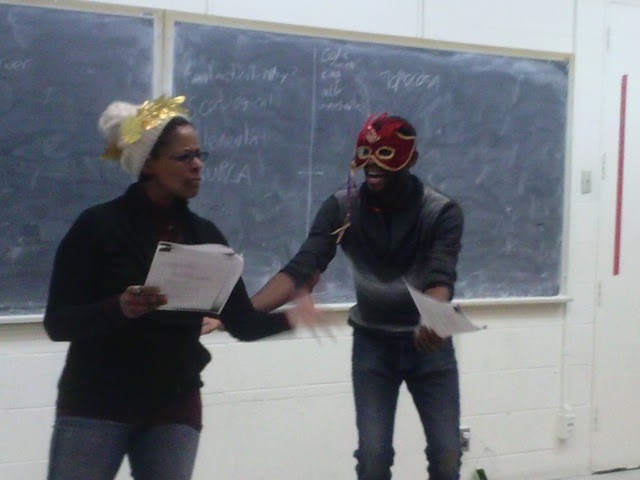 Since the day our first class met, I knew I was in for a treat. Peter Royston, our incredibly knowledgeable professor, gave us a list of plays from different eras that we were going to be asked to read.

Not only were we going to be asked to read these plays, but we were going to be required to fill out a worksheet with information regarding the history of the play, why the play is relevant, why the play would be great to produce in a school, and what challenges producing the play in a school would present. We were also told that every student would be asked to lead an insightful discussion on one of the plays, be asked to direct a scene from one of the plays, and create an active school activity based on one of these plays.

This incredible format has forced me to analyze  what plays will be significant to expose to students within my classroom. I no longer think in terms of "I want to do Guys and Dolls because it is fun and the score is amazing." I now think in terms of "Maybe I should do Hedda Gabler because in an all girls school the focus on Hedda and her human rights as a woman in the 1800's would be highly relatable for female students in this day in age."

Not only has this class forced me to think about creating theatre that is relevant within the culture of my own classroom, it has taught me to make distinct connections between different pieces of theatre. This was something that I never took the time to think about before this class. Who would have known that one the shows that I worked for, Wicked, was so similar in theme to the Greek Tragedy, Antigone? Both of these protagonists fought for what they believed in and were willing to sacrifice their lives in order to do what they believed to be the right thing. 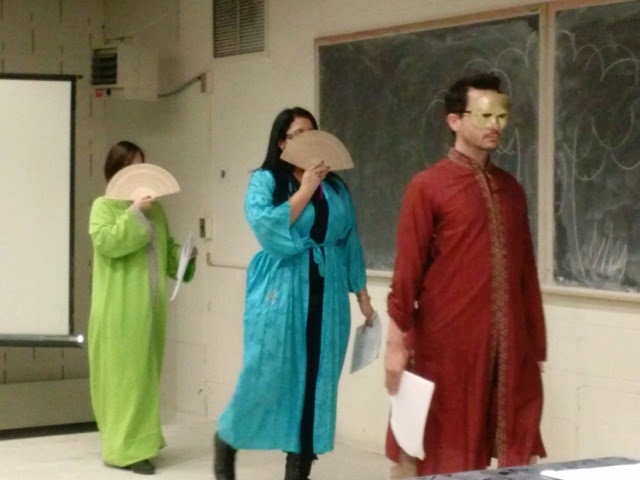 On the third week of class, it was my turn to direct a scene from the play, The Kasuga Dragon God, which is a very famous Noh play very famous in  Japanese culture. I was extremely anxious about presenting this play with the few resources that I had because of the fact that I did not want to disrespect this form of theatre in any way shape or form, but after days and days of research, I came to the conclusion that there was a way to present this piece without being disrespectful and in a way that would shed light upon the themes of the play.

Since Noh Theatre is a type of theatre that is extremely stylized, I decided to stay true to the form by incorporating traditional Noh characteristics. Peter was generous enough to bring me some amazing props and costumes, which added so much to the authenticity of the piece. I also used traditional Noh music to  add to the authenticity of the piece as well. While directing my actors, I was very specific in terms of physical instruction of the piece. Since Noh has very specific rules in terms of the physicality of the actors, and the way the stage and the space is being utilized, I felt it was important to stay true to that aspect of this style of theatre. It was not nearly as hard as I thought it might be and the class seemed to receive the piece very well and gave very positive feedback! 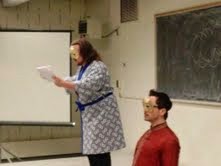 All in all, I am so incredibly happy that I am taking this class. With the support of Peter as well as my fellow classmates, I am having so much fun while simultaneously learning so many things in an environment in which I feel comfortable and safe.  I would strongly recommend this class to all of the students in this program!


Posted by The Graduate Program in Educational Theatre at The City College of New York at 3:29 PM