With one semester left to go in the Educational Theatre Program at City College,
how can I help but think about the future and all that lies before me? In our recent
transition to remote learning, it sometimes feels impossible not to stress about the
unknowns of “life after quarantine”. With everything so up in the air and so many
questions looming over our heads, I take comfort in thinking about the things I can
control. Instead of focusing on the “what comes next?” I ask myself “what comes now?” 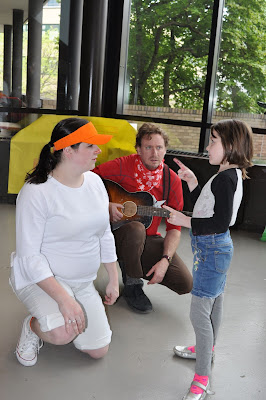 In this strange transition to working and learning from home, it seems that social media has become a prime platform for expressing our thoughts and opinions. Now more than ever before folks are turning to technology to fill large gaps in their day. Classrooms, lectures, meetings, dance lessons, yoga classes, just about anything you can think of is being operated via Zoom. News reporters are giving updates from their living rooms, families and friends turn to facetime to see their loved ones...and where do people go to check up on the latest status updates of those in their inner circle? Facebook and Twitter. These platforms can be a great source to share photos and life updates...as well as a great source to possibly run into some opinions being shared that you maybe don’t agree with. And what do we do when we see said disagreeable opinions? Scroll past? Unfriend or Block? Call them out? All of these options come to mind at some point. However, in focusing on the “what comes now?” we need to call in.

Calling in isn’t something I had heard of until taking Conflict Resolution class this Spring.
My Professor had explained to us that instead of calling someone out on behavior or
comments that could be deemed as problematic, she prefers to opt for an outside one on
one conversation to address the situation. In taking someone aside to have a discussion
instead of putting them on blast in front of a large group of their peers, you can have a
chance to openly discuss your differences and ideals in a lower pressure situation.
Calling in is a tool that can be extremely helpful when dealing with coworkers, friends,
family members, or even acquaintances on social media. Private messaging someone
about something hurtful or upsetting they may have posted instead of commenting publicly
could make a world of difference. When someone is called out, their immediate reaction
is usually to become defensive. This then can spiral into a huge argument with each side
never coming to a respectful agreement. The fact of the matter is, sometimes, if someone
makes a post that can seem disrespectful, it may just be completely out of ignorance or
a lack of knowledge on the topic at hand. We should educate instead of humiliate.
In calling out someone’s behavior or language, there can be sort of a power there or sense
of pride. Thinking to yourself “look, I stood up to that person” or “I shut them right down”
but what this could really be doing is shutting down the chance of opening a dialogue with
that other person and getting them to see a different side of things. When we publicly humiliate,
we are closing a space where we could have created openness; cutting off someone who
could have become a potential ally. 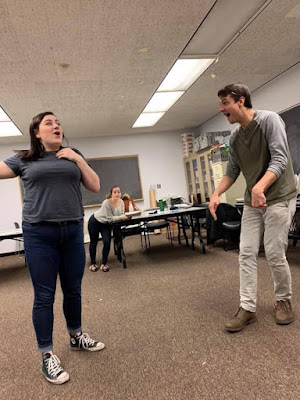 The concept of calling in may not be one that exactly translates into a lesson for young children, however, as future educators, it is important that we take this lesson with us in dealing with our future students. I’m sure all of us can think of a moment where we felt embarrassed as a child because an adult scolded us about a behavior we didn’t even know was really wrong until we were being called out in front of the class. As educators and adults, taking the initiative to pull a student or peer aside to speak with them instead of putting them on display in front of others can make a huge difference in not only their lives, but the relationship you build moving forward.

Posted by The Graduate Program in Educational Theatre at The City College of New York at 11:30 AM